Your very own piece of highly controversial Greek History

The Parthenon Marbles, or Elgin Marbles as they’re also known, are a collection of Classical Greek stone sculptures created by architect and sculptor Phidias. They were originally part of the temple of the Parthenon, a 2500 year old temple dedicated to the Greek goddess Athena, and other buildings on the Acropolis of Athens.

This stunning plaster replica of one of the many Parthenon Marbles is 1640mm wide x 1030mm high x 85-100mm thick and has been expertly recreated using silicon & fibreglass moulds.
You can now have your very own highly controversial piece of Greek History to adorn your walls.

So, why are the Parthenon Marbles so controversial?

To this day with rumours that Lord Elgin, in fact, did not have permission to remove them at all, although the British Museum says he acted with the full permission of the Ottoman Authorities, for whom Lord Elgin was an ambassador for at the time.

Lord Elgin transported the sculptures by sea to Britain and then sold them to British Parliament in 1816. There was an inquiry into the actions of Lord Elgin which approved actions and they were presented to the British Museum where they have been housed ever since.

The Greeks have demanded that they be returned to their homeland. Greece maintains they were taken illegally during the country’s Turkish occupation and should be returned for display in Athens. The Greek government has disputed the British Museum Trustees’ legal title to the sculptures. Some suggest that Lord Elgin bribed Turkish officials and effectively stole the marbles. 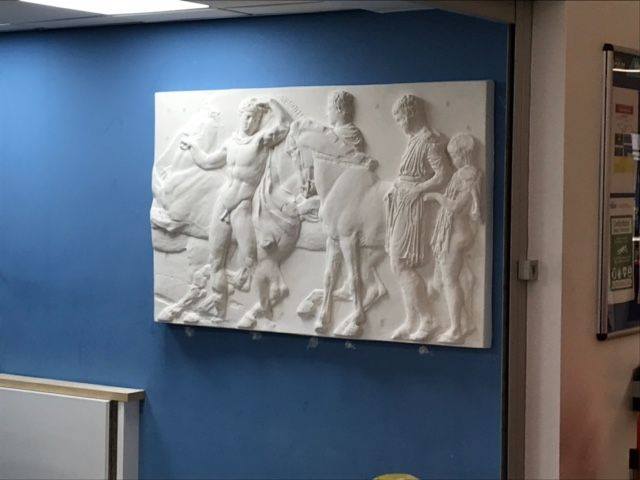